Edge Networks are excited to announce they will be supporting racing driver Callum Macleod at this month’s Total 24 Hours of Spa in GT World Challenge Europe.

The 24 Hours of Spa is GT3 racing’s most prestigious event and has been held annually since 1924 at the iconic Belgian Formula 1 circuit, Spa Francorchamps.

Spa is a circuit Callum loves. This will be his 4th appearance at the Total 24 Hours of Spa, he’s a previous class winner where he was the pro driver for the Amateur class-winning crew in 2015. Pole in the Pro-AM class the following year was followed with his maiden British GT win at the same circuit in 2017. For last season’s Spa 24, Callum made up part of the factory Bentley Team’s expanded 4 car effort to celebrate their centenary year.

With driving experience himself, racing is close to the heart of Jon Lanceley, Managing Director of Edge Networks:

“We are really excited to be supporting Callum. Edge Networks and Callum share a common goal: to achieve the best results possible. It’s all about timing! We believe Callum has got the edge – what it takes to have a really good race at Spa next weekend. We wish him all the best and look forward to continued success in the new season ahead.”

Speaking on his new partnership with Edge Networks Callum said:

“I’ve known Jon for a number of years now and watched as he’s grown his business, there seems to be an astonishing number of similarities to being successful on track. Team work, passion and determination to succeed are characteristics that really stand out in Edge, to be partnering with them is really exciting, I’m looking forward to starting our journey together.”

24 Hours of Spa begins on Thursday 22nd and ends on Sunday 25th October 2020.  You can watch it live here https://www.total24hours.com/watch-live and we’ll also keep you updated via our social media feeds. 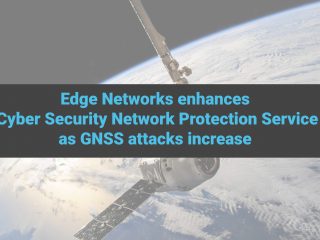 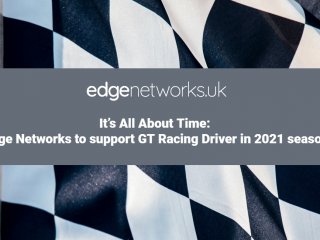 Next Post (n) It's All About Time: Edge Networks to support GT Racing Driver in 2021 season